‘We are not afraid:’ State GOP lawmakers flout rules as COVID-19 surges in Pa. 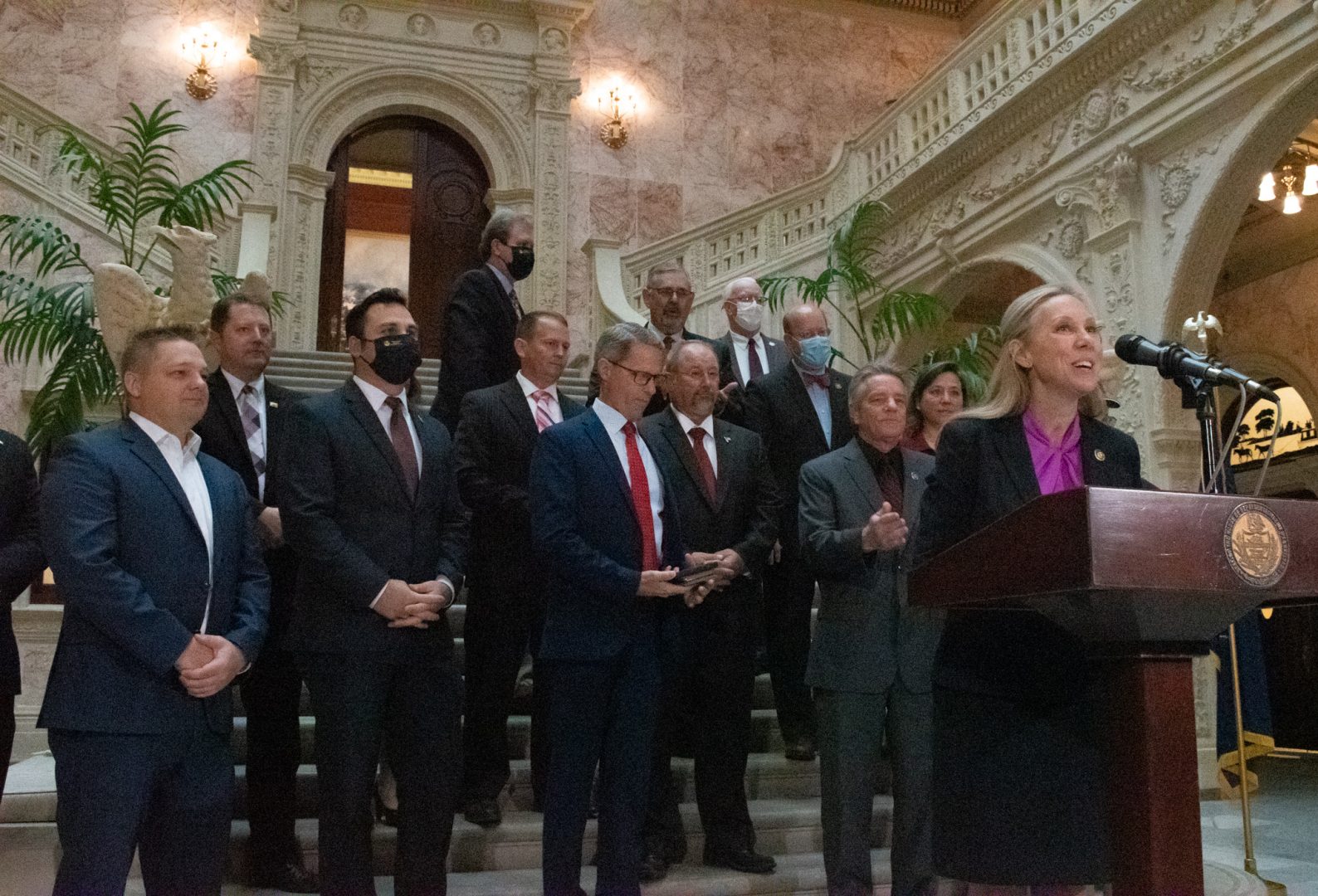 Some Republicans from the Pennsylvania General Assembly gather for a press conference Tues., Nov. 10, 2020.

(Harrisburg) — On another day of record-smashing new COVID-19 cases in Pennsylvania, at least 19 Republican representatives met at the state Capitol, where they ignored the Wolf Administration’s public health orders.

They gathered Tuesday morning in close contact, most without masks, in defiance of the rules posted in the building.

The group of Republicans was holding a press conference to talk about plans for a legislative-led audit of Pennsylvania’s election results. The effort comes days after an evidence-free lawsuit against the commonwealth from President Donald Trump, who has made baseless claims about fraud in Pennsylvania and other states where he lost.

It also comes weeks after the GOP-controlled General Assembly and the state’s Democratic governor failed to agree on a bill to make it easier for counties to process mail-in ballots after Republicans insisted on banning ballot drop boxes in the same bill. 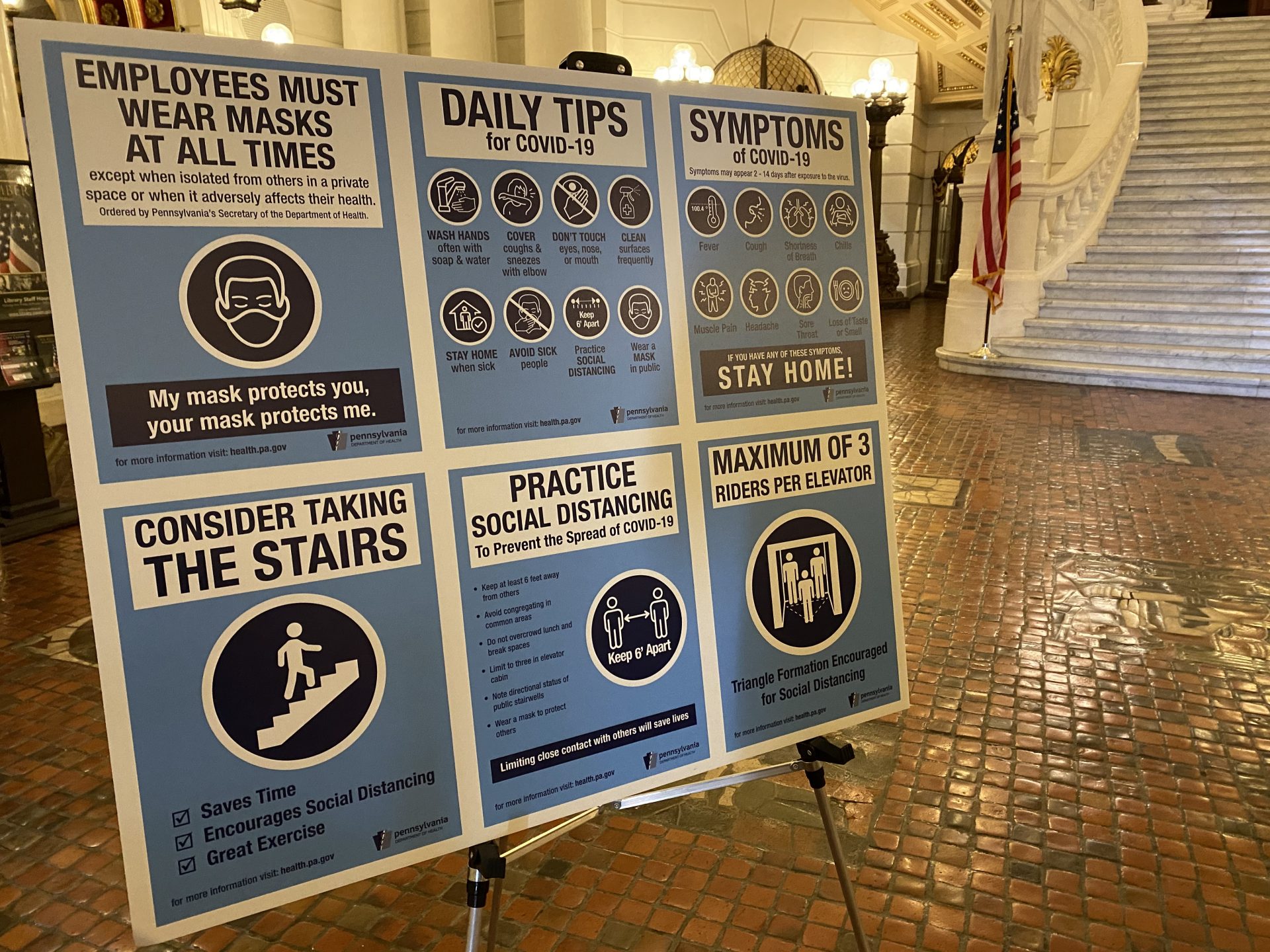 WITF’s Transforming Health asked them what message they were sending constituents by defying state rules for a public event.

“We are not afraid,” said state Rep. Russ Diamond of Lebanon County, which currently has the fifth-highest infection rate in the commonwealth.

Rep. Dawn Keefer of Cumberland County, who led the event, declined to comment.

“We are here today to discuss the election process,” Keefer said.

For my own safety I tend to avoid the Capitol building. Even though the governor’s order requires following public health guidelines — MANY lawmakers simply ignore them. Today I masked up, kept my distance and made an exception. Here’s one question I asked lawmakers. Story soon. pic.twitter.com/m72jzLaPag

The gathering comes as Pennsylvania COVID-19 cases grow exponentially. Tuesday 4,361 people tested positive for COVID-19, the highest daily increase of cases so far. At least 9,086 people have died from the virus in Pennsylvania, including young people and otherwise healthy people.

Scientists are only beginning to understand the long-term effects of the virus. Recent studies show cognitive issues and the onset of mental illness among some of those who suffered from the illness.

Although some lawmakers have consistently ignored the rules, gatherings such as this one are against the law. 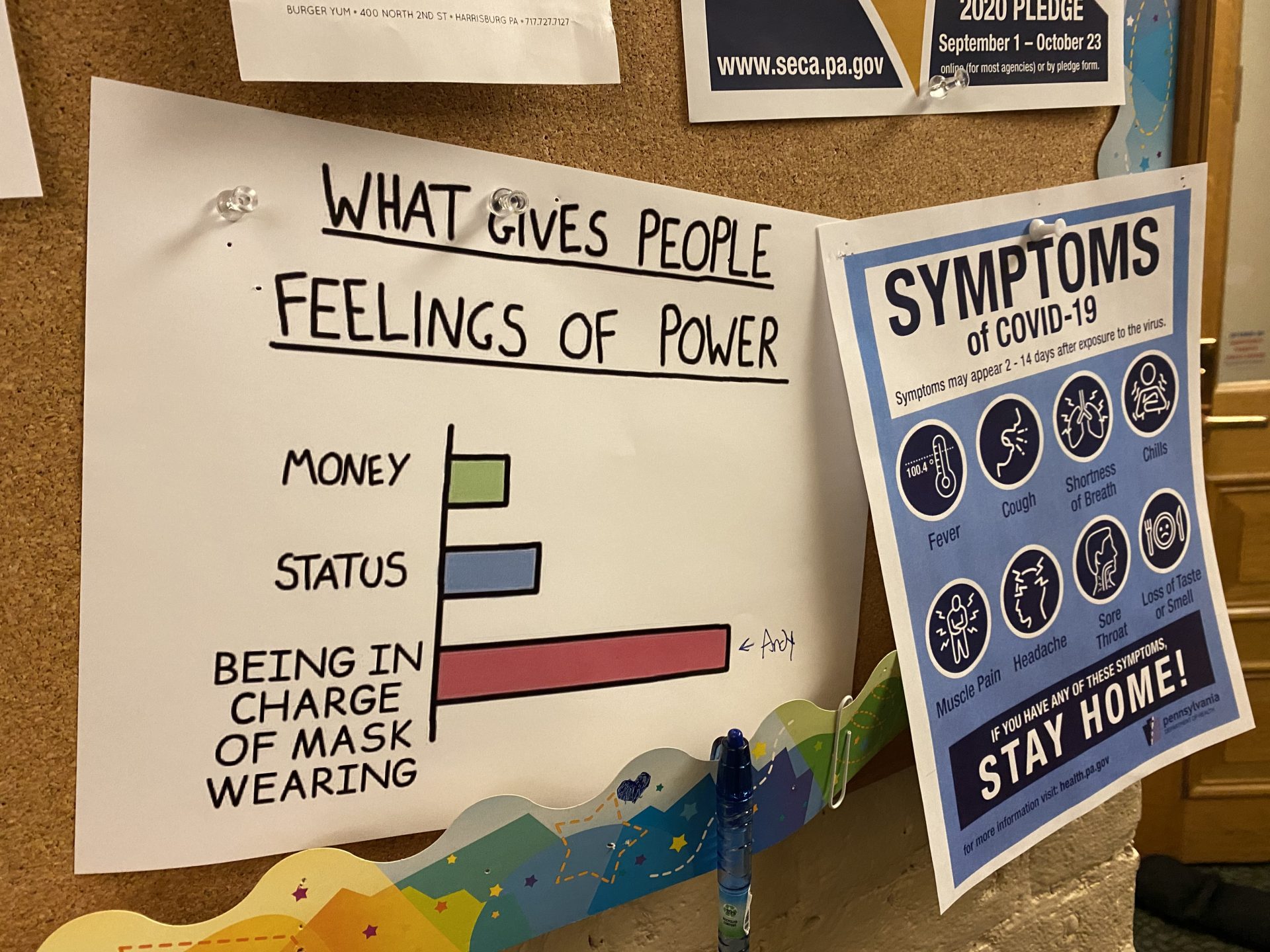 A sign titled “What gives people feelings of power” is posted next to COVID-19 safety precautions on a corkboard near the House Republican communications room.

The state Department of General Services, which oversees Capitol Police, declined to say whether the rules were being enforced.

Gov. Tom Wolf’s spokeswoman Lyndsay Kensinger said the administration “has consistently asked all Pennsylvanians, including legislators, to follow the secretary of health’s order and wear a mask at all times when in public.”

“It’s disappointing and disgraceful for lawmakers to blatantly disregard this order while in the Capitol or any other public building, putting themselves, their fellow lawmakers, their staffs and journalists covering the General Assembly at risk,” she said, “especially when we have seen the consequences of not wearing a mask: members of the General Assembly have contracted COVID.” 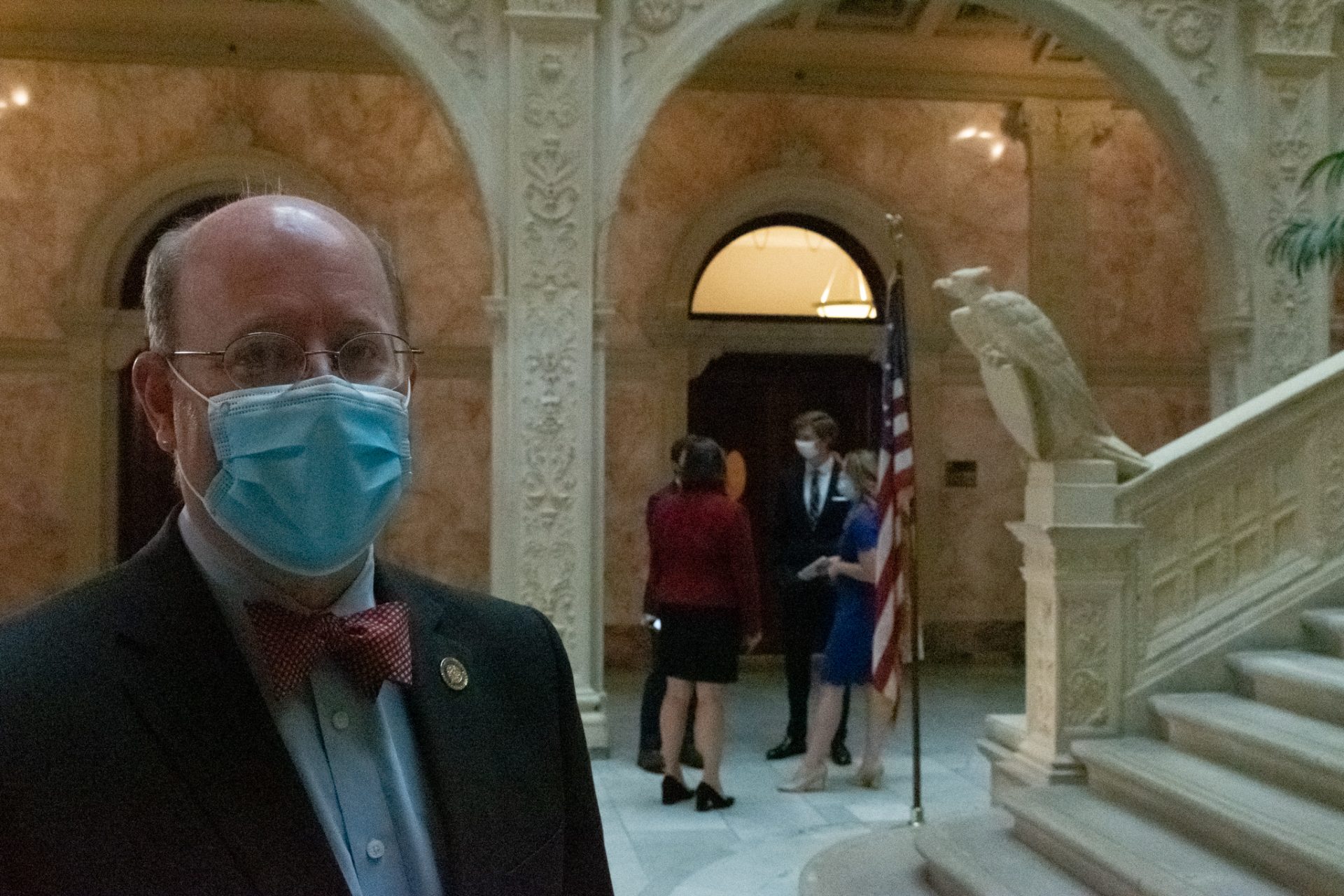 Pa. Republican state Rep. Paul Schemel of Franklin County stands for a portrait Tues., Nov. 10, 2020. Schemel was sick with COVID-19 in late September. He hopes people will see that the virus is not a partisan issue.

GOP Rep. Paul Schemel of Franklin County is one of them. Schemel, who has since recovered, was among the few lawmakers at the event wearing a mask.

He says he believes he has COVID-19 antibodies, which he thinks would make him less likely to contract the virus again. But, he added he wears a mask as a courtesy to others.

“I know that people are anxious about it,” Schemel said. “I try to put people at ease. To me, that’s just my own expression of charity.”

Schemel was sick for four days in late September and described having a sore throat and a “low-grade fever.”

The 49-year-old lawmaker said he feels good now, though his sense of smell has not fully returned.

He hopes as the election winds down, people will no longer view public health measures such as mask wearing as signs of partisan affiliation.

“We live in a country [where] people enjoy the ability to sort of self-determine on these things,” Schemel said. “It’s been a learning process for all of us.”