Health experts say it has to do with perceptions of the virus among Republicans, where fewer people are wearing masks and practicing social distancing. 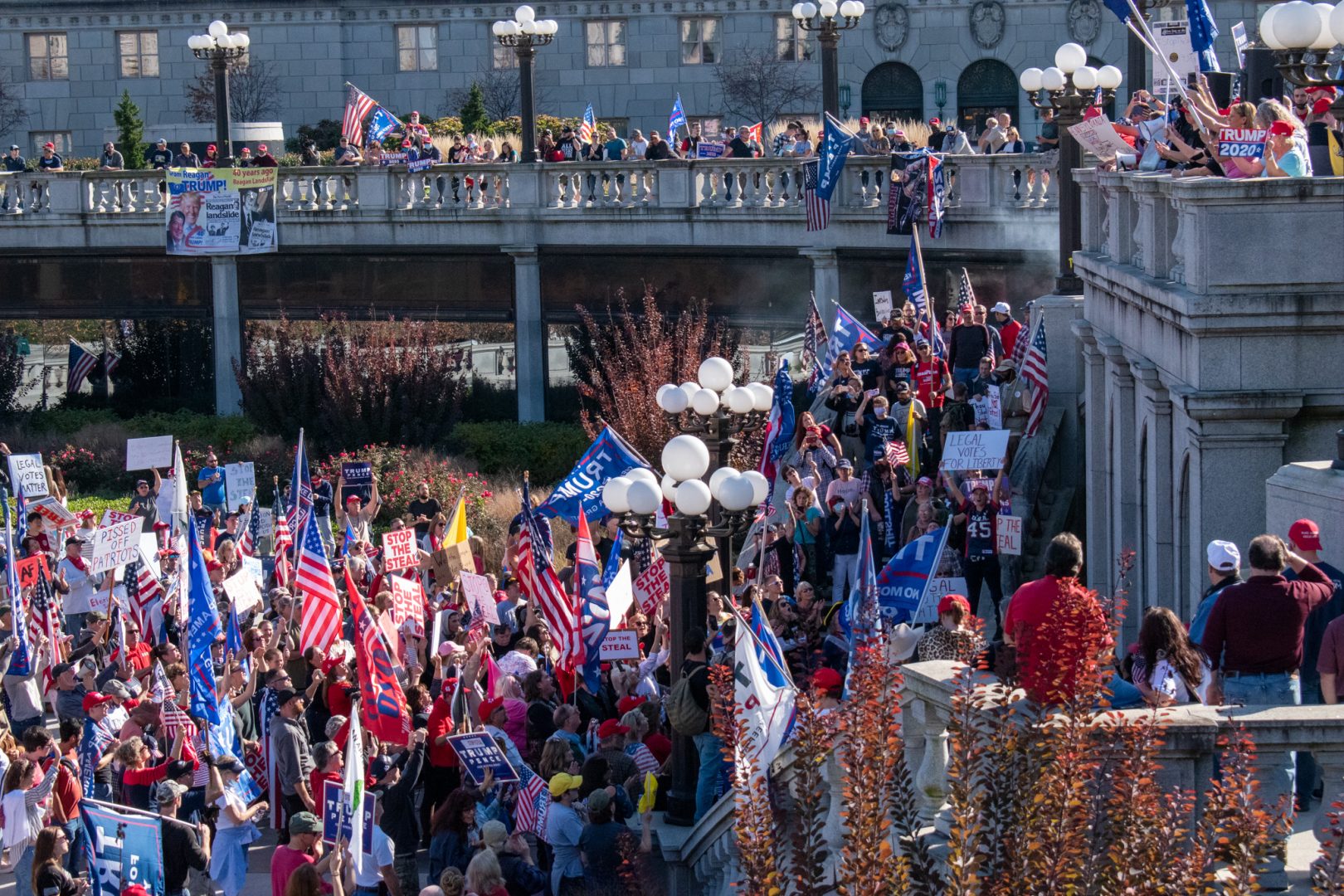 (Harrisburg) — The state health secretary cautioned the commonwealth is at a “critical point” in the pandemic and urged residents to wear masks, avoid gatherings and take other simple preventative measures to slow the spread.

However, many Republicans have refused to recognize those measures — with apparent consequences. Rural Republican-dominated counties had the highest COVID-19 infection rates in the state, according to a Transforming Health analysis of health department data.

Huntington, Blair, Mifflin and Lebanon counties followed Bradford as the areas with the highest infection rates.

There are many reasons for a county-level spike in cases, said Health Secretary Doctor Rachel Levine. However the numbers are part of a weeks-long trend where rural Pennsylvania counties lead COVID-19 case rates.

It’s not just happening in the commonwealth, either. A recent Associated Press report shows that the U.S. counties with the worst virus surges overwhelmingly voted for President Donald Trump.

Health experts say it has to do with perceptions of the virus among Republicans, where fewer people are wearing masks and practicing social distancing. The hope is that might change now that the election is over.

“Public health officials need to step back, listen to and understand the people who aren’t taking the same stance” on mask-wearing and other control measures, said Dr. Marcus Plescia of the Association of State and Territorial Health Officials.

The state has put special teams into some counties to help educate people on the virus, Levine said.

“But this is not a partisan issue,” Levine said. “This is not a political issue. This is a public health issue.”

She emphasized that small gatherings in cities and small towns alike are driving the spread of the virus that has killed more than 9,000 people in Pennsylvania. 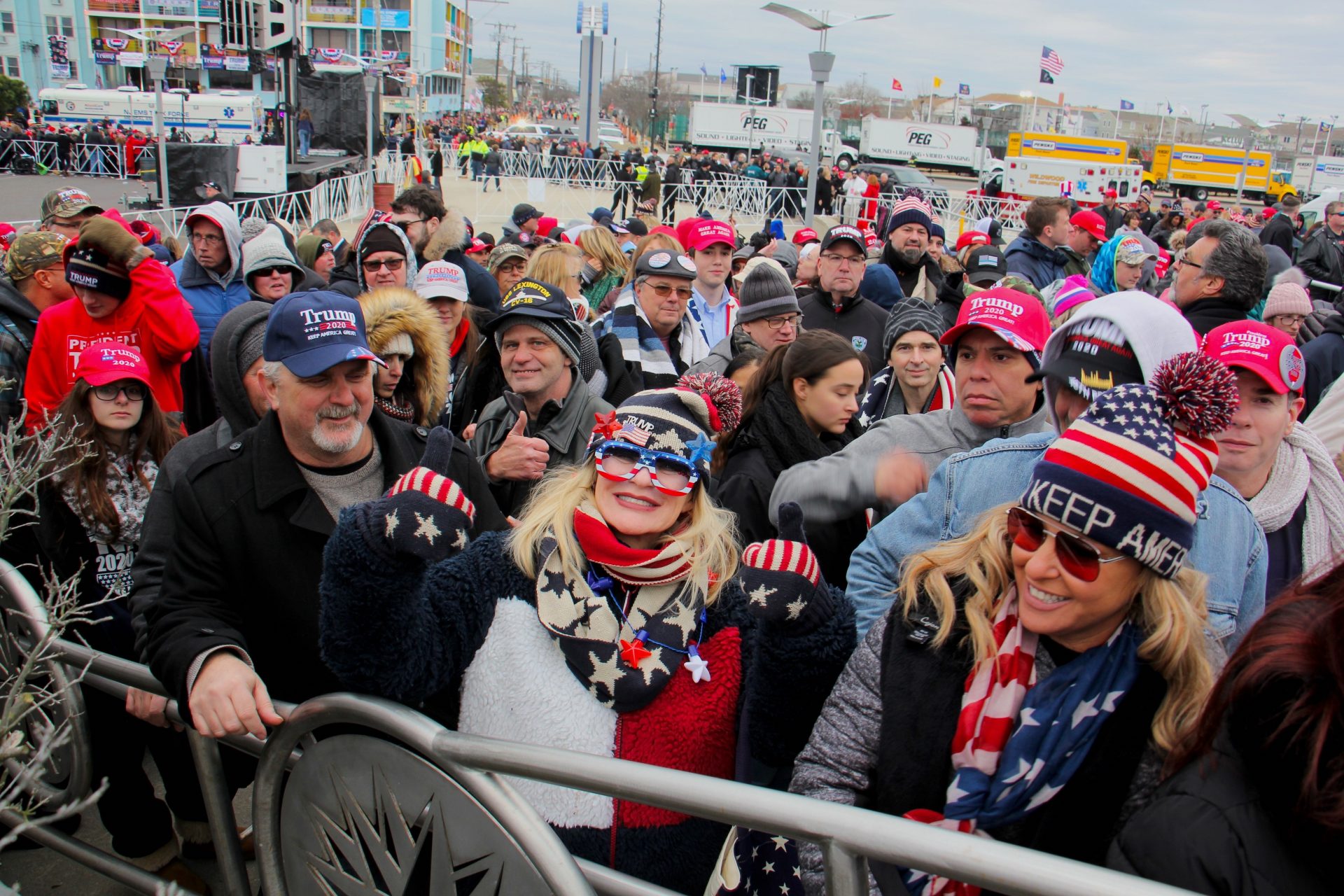 Helena Mantovani (center) of Chester County makes it to her fourth Trump rally at the Wildwoods Convention Center.

That’s a change from the early months of the pandemic. In April and May, Philadelphia and surrounding suburban counties were the hardest hit by the virus, while rural areas were largely unaffected.

As weeks and months passed, nursing homes, prisons and other places where people lived close together were responsible for some outbreaks in less-populous parts of the commonwealth.

However, in parts of Pennsylvania mask wearing and social distancing increasingly became seen as signs of Democratic political affiliation. Republican President Donald Trump has downplayed the severity of the virus, and has publicly mocked those who wear masks — including president-elect Joe Biden. An October USA Today analysis shows surges of coronavirus in five places where he held large rallies.

Some state Republican politicians have followed suit. During the early months of the pandemic, in Lebanon County, Republicans refused to follow business closure and safety mandates, which its leaders said were overreach by Democratic Gov. Tom Wolf.

And last Saturday — hours after the Associated Press called Pennsylvania for Democrat Joe Biden — at least four GOP state lawmakers addressed a crowd of hundreds, where few people wore masks and some people could be heard coughing.

These are the counties with the highest number of people who tested positive for COVID-19 per 100,000 residents, according to the most recent data:

Please confirm deletion. There is no undo!